After a magnificent supper of baked potatoes, tuna, egg mayonnaise and salads, guests sat down to a showing of ‘Barney’s Version’, a film based on a novel by the late Mordechai Richler. The showing was preceded, as is traditional, by ‘usherettes’ handing out ice cream cones for the delectation of the viewers.

The film told the story of fictional TV producer, Barney Panofsky, from Montreal. He starts out as a hippy, consuming a mixture of forbidden and permitted substances in Rome, to disastrous consequences. After various twists and turns he ends up back home in Montreal, married to the woman of his dreams, but again being let down by his personal weaknesses, although surrounded by a surprising amount of love from his nearest and dearest to the very end of the film. The Jewish interest is that nearly everyone in the film is Jewish and perhaps somewhat stereotyped, but there is no Jewish moral in it in that the events could happen to anyone. The star is Paul Giamatti who won a Golden Globe for his performance. Dustin Hoffman plays his retired policeman father, and Minnie Driver and Rosamund Pike appear in supporting roles. The director was Richard J Lewis and the film was nominated for a Golden Lion at the 67th Venice International Film Festival.

Following the film, tea was served. Again grateful thanks to the Community Centre committee for tirelessly arranging these events which raise money to keep the Hall going as well as bringing us together as a community for a bit of fun. 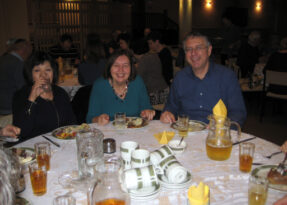 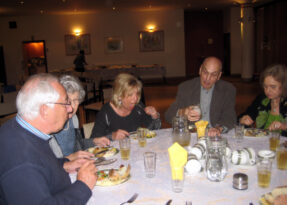 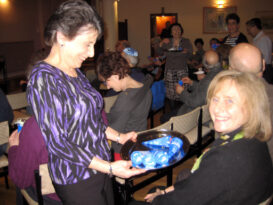 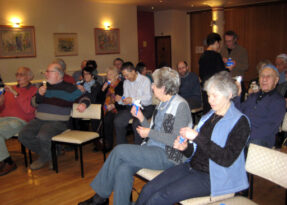