The General Assembly of the Church of Scotland takes placeannually in May for a week. Her Majesty the Queen annually sends a Lord High Commissioner to be Her representative at the General Assembly. The Lord High Commissioner (LHC) is the Sovereign’s personal representative to the General Assembly. Normally the General Assembly passes off between Holyrood Palace and the Mound without touching Salisbury Road, but last May history was made, when EHC received a visit from their Graces, the Rt Hon the Lord Hope of Craighead, this year’s LHC and his wife, Lady Hope. Lord and Lady Hope were met by Rabbi David Rose, the Rabbi of Edinburgh Hebrew Congregation, and Mr Raymond Taylor, the Chair of the Board of Management, with Mrs Jackie Taylor, the Secretary. Other office bearers and Board members were also present. From Glasgow, Rabbi Moshe Rubin of Giffnock and Newlands Hebrew Congregation attended, as well as Ephraim Borowski and Nicola Livingston representing the Scottish Council of Jewish Communities. After introductions, Rabbi Rose conducted the visiting party into the synagogue itself, where he explained the layout of the synagogue, and how it functions. Lord Hope was particularly interested in the many stained glass windows. Rabbi Rose showed the party a siddur and took them up onto the Bimah to see a Sefer Torah. The party then moved downstairs to the Beit HaMidrash which was expanded and reconsecrated in 2012 to provide a smaller more manageable shul for winter use. Rabbi Rose pointed out to Lord Hope how wrought iron partitions and carpeting from the former Netherlee and Clarkston Synagogue in Glasgow had been incorporated into the design. Following the synagogue tour, the party moved into the Marian Oppenheim Hall for light refreshments. During this time, Chairman Raymond Taylor made a short speech welcoming Lord and Lady Hope, and presented Lord Hope with a souvenir of his visit in the form of 2 books relevant to the history of the community. These were “Two Worlds” by the late Professor David Daiches, and “Scotland’s Jews” by Dr Kenneth Collins. Flowers were presented to Lady Hope by Hilary Rifkind. Lord Hope responded by thanking the Chairman and Board for their welcome. Lord Hope made it clear that his visit arose from personal interest, because of a recent visit to Israel, and also because his father had played a role as part of the British forces in Palestine in rescuing Jews. Lord Hope said that he had never visited a synagogue before and wanted to understand the Jewish religion better, which had been achieved during this visit. While there was no allusion during the visit to the breach that had occurred between SCoJeC and the Kirk in 2013, when the General Assembly considered the controversial ‘Inheritance of Abraham’ report, it was clear that Lord Hope’s visit represented a further step in re-establishing a warm relationship. On 22 May 2014, Chief Rabbi Ephraim Mirvis made history when he became the first Rabbi (and only the third Jew) to address the General Assembly of the Church of Scotland, and called for “a deeper appreciation for each other’s traditions, leading to greater respect and stronger bonds between our faiths. 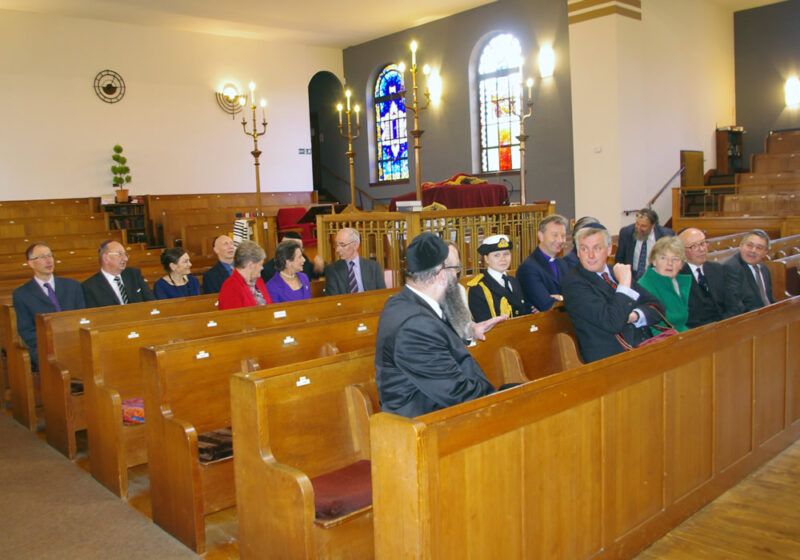 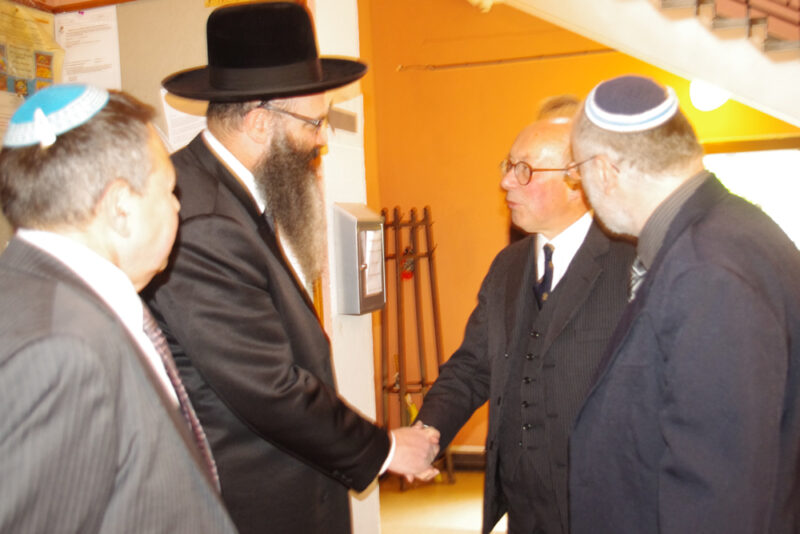 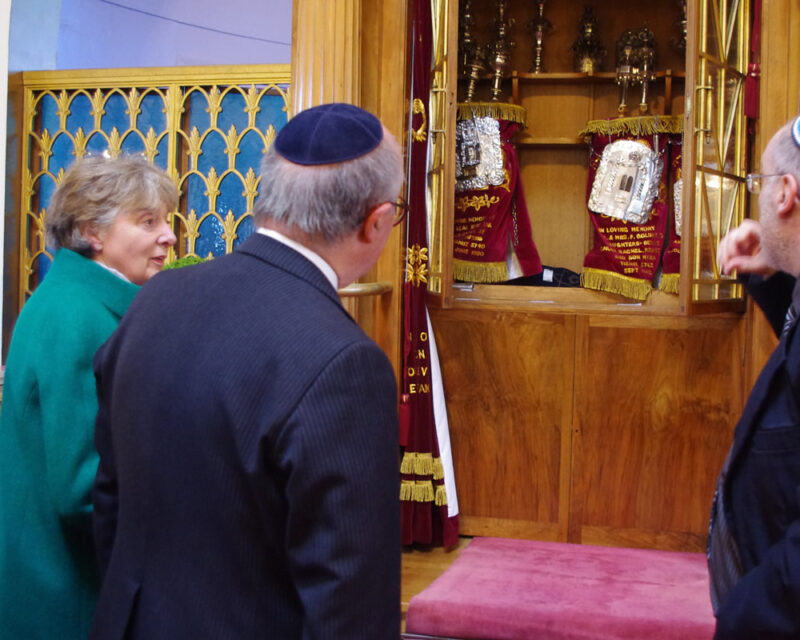 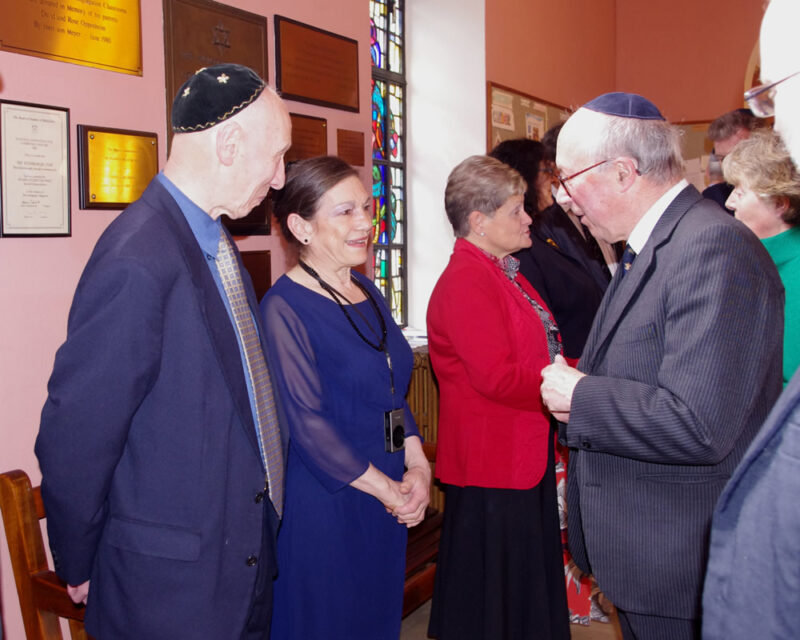 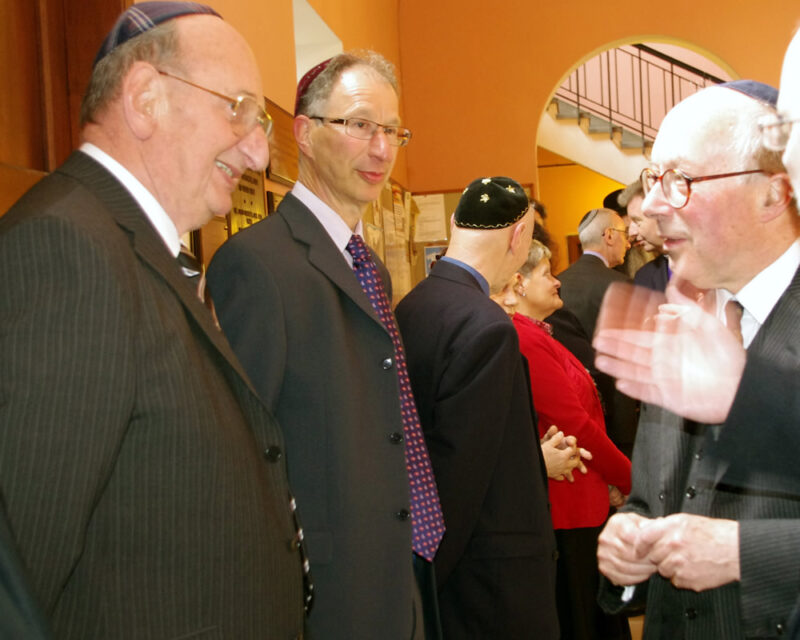 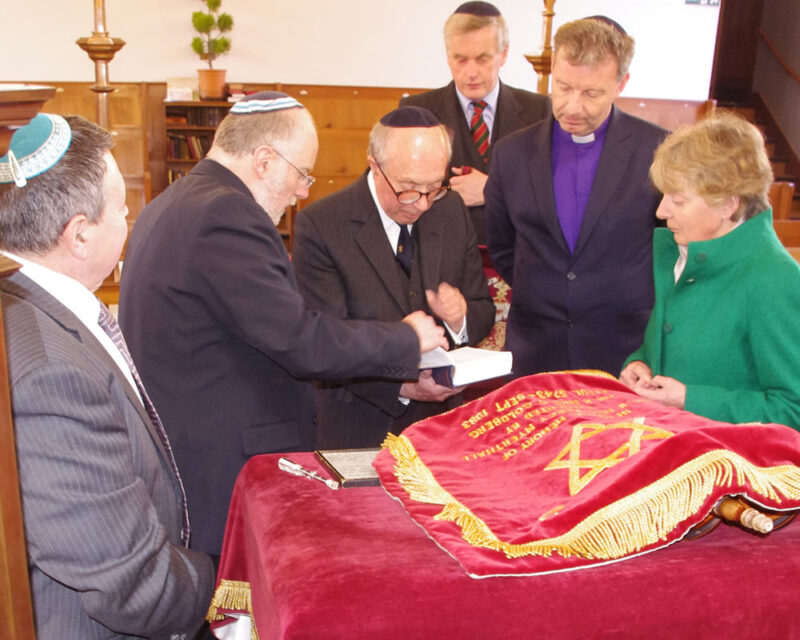 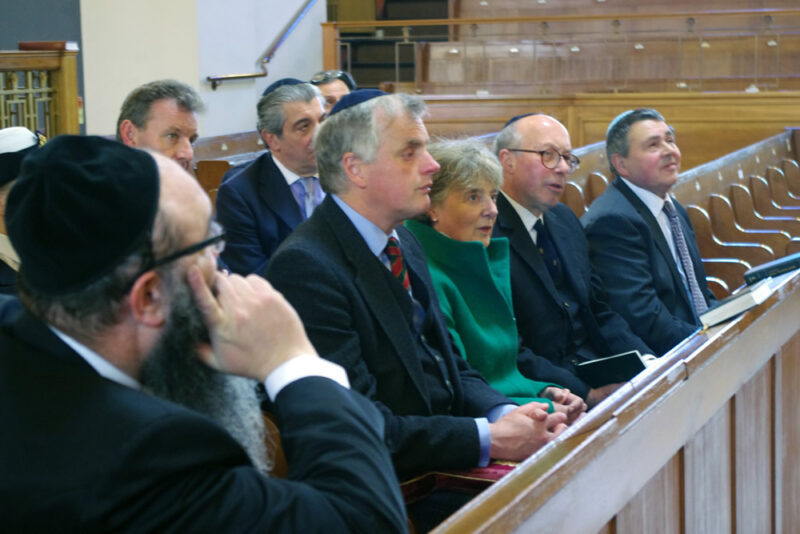 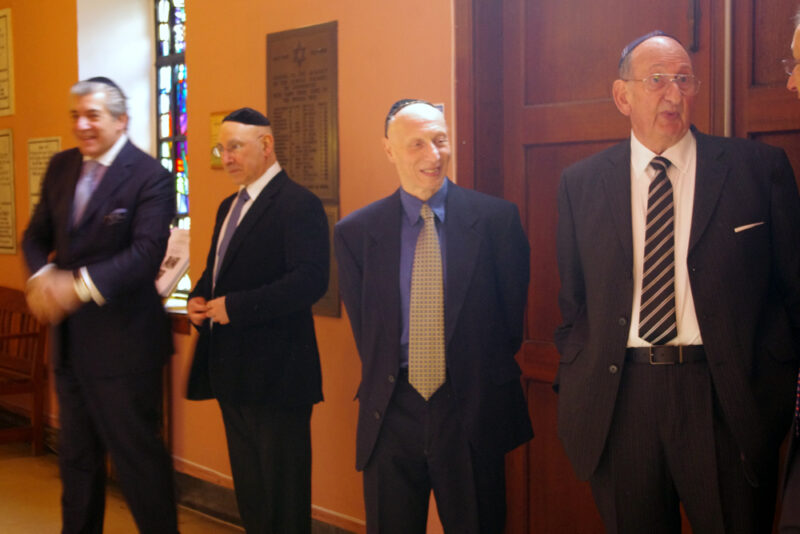 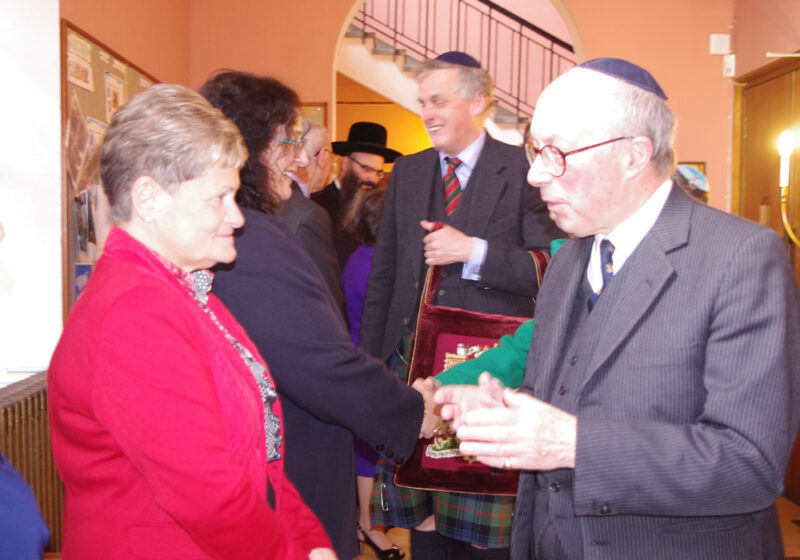 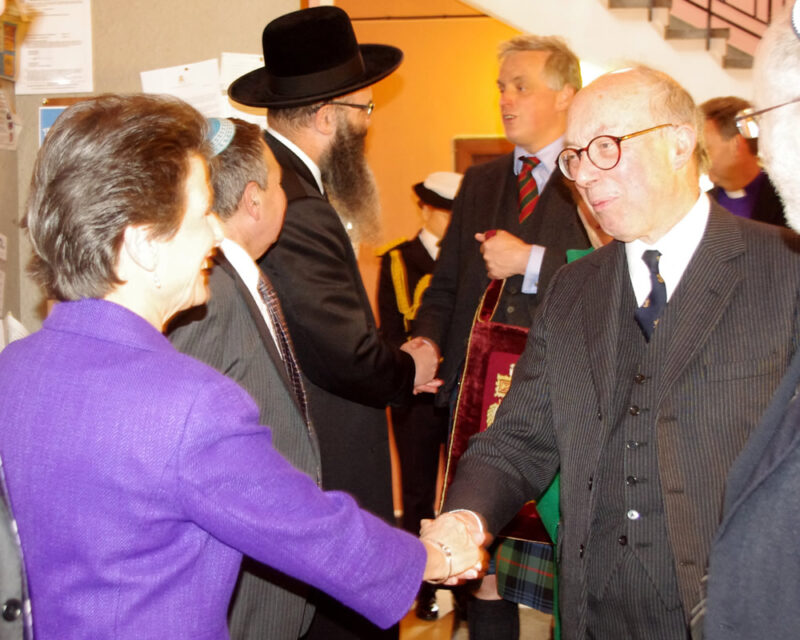 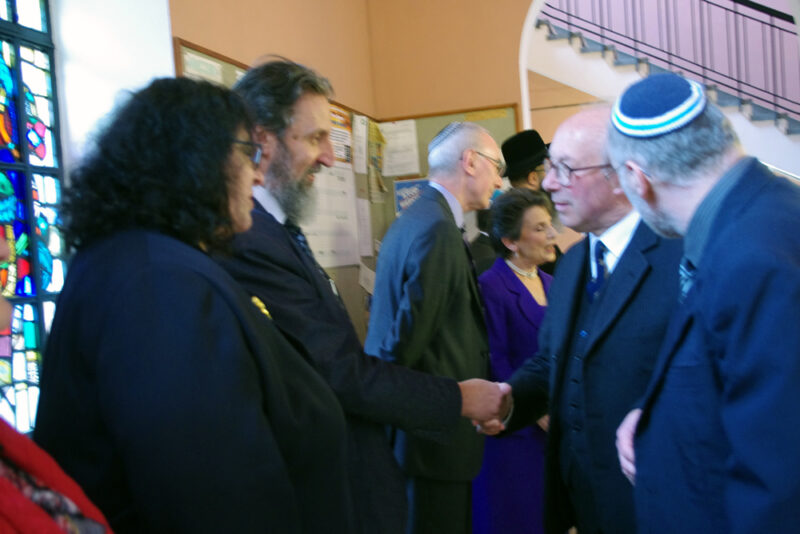 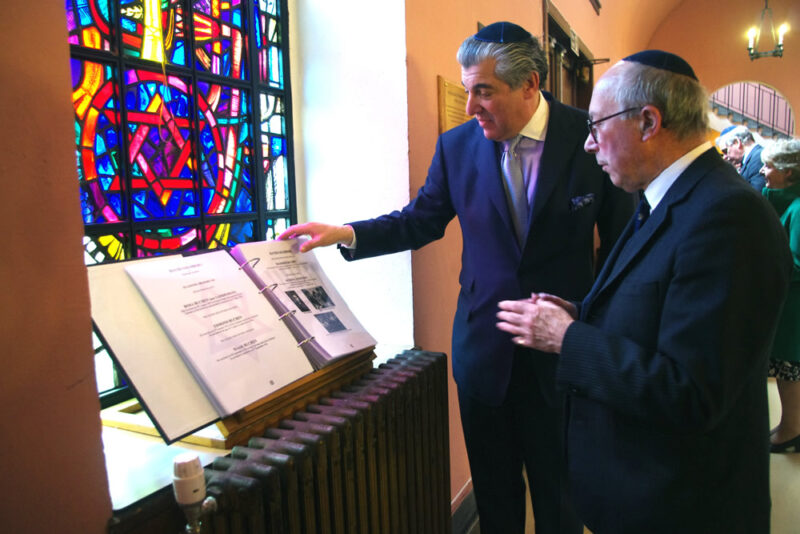 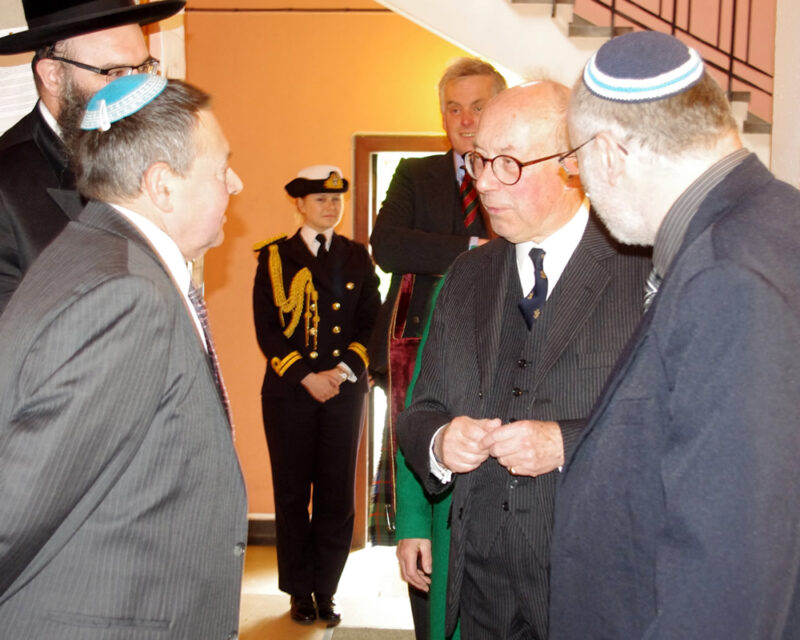