A group of 7 people gathered at Salisbury Road on Sunday 11th August to meet up with a busload from Dundee (some had travelled from as far as Aberdeen) to travel to Garnethill Shul and the Scottish Jewish Archives Centre. The trip, which was partly sponsored by Scojec, and co-ordinated by Esther Finlay from Montrose, was a wonderful opportunity for the smaller Jewish communities to start to learn about each other, and about the history of Judaism in Scotland.

On arrival at Garnethill, SCoJeC laid on an excellent lunch, before Harvey Kaplan escorted the party on a tour of the synagogue and the archives, with frequent stops for him and Esther to take photographs of the group, while the visitors took equal numbers of photographs of the building!

Harvey explained that Jews started coming to Scotland in late 1600s/early 1700s, either teaching at universities, studying (students couldn’t matriculate at English universities without swearing a Christian oath) or as merchants. The Edinburgh Jewish community was established in 1816, in Glasgow 1823, Dundee late 1870s and Aberdeen 1893. Smaller communities were also formed in Ayr, Dunfermline, Falkirk, Greenock and Inverness.

Garnethill was Scotland’s first purpose built Synagogue, opened in 1879. It was deliberately designed as a status symbol for the Glasgow Jewish community, positioned high on a hill and with similar woodwork, metalwork and stained glass to churches in the city. Shortly after its opening, Jews started arriving in Glasgow from Eastern Europe in large numbers, but mainly settling in the south of the city, away from Garnethill.

The shul itself is a High Victorian synagogue with elaborate stonework and a mixture of architectural styles, typical of the age. The interior of the synagogue is almost unchanged since then, with an impressive Ark and Bimah, and an exquisite mechitza! Jewish Heritage UK has created a list of 10 historic synagogues in the UK, and Garnethill is the only one in Scotland. The building is still owned by Garnethill Hebrew Congregation and it is used for their services, although the members no longer live in the vicinity.

The Scottish Jewish Archive is downstairs from the synagogue itself. The current Archive exhibition is called “New Life in Scotland”, featuring a map of where Jews emigrated from between the 18th and late 20th centuries and boards describing the lives of the community and prominent individuals during that time. Artworks are also featured by prominent Jewish artists including Benno Schotz, Hannah Frank, Hilda Goldwag and Robin Spark. Display cases show artefacts from Garnethill itself,and also the South Glasgow and wider Scottish Jewish communities. The Archive also features folders on the current Jewish communities in Scotland.

As well as the formal exhibits, the group found time to discuss possible links between individuals. For example, someone heard me talking about my great-grandfather’s connection to the Jewish Vegetarian Society, which one of his relatives was also involved with. Hopefully, as a result of this visit, new friendships have been formed between people from different cities with common interests in the past, present and future of Judaism in Scotland and beyond. 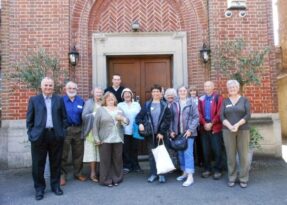 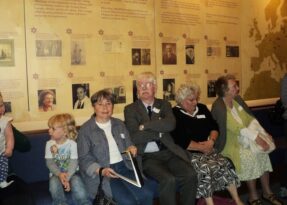 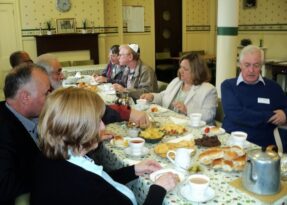 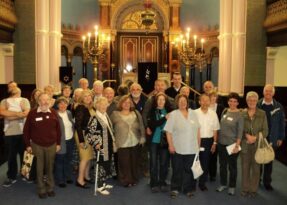 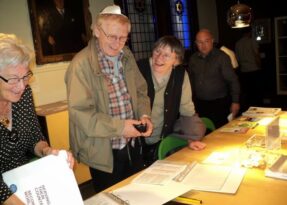 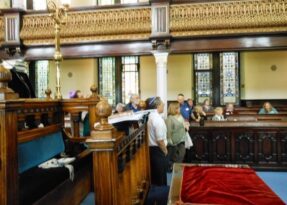 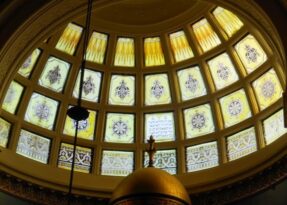 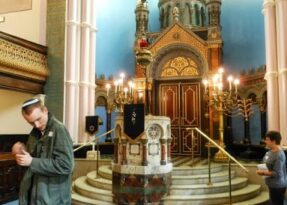 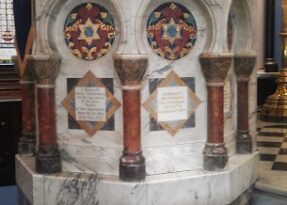 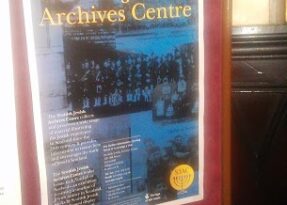 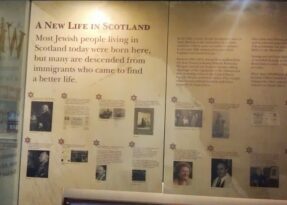 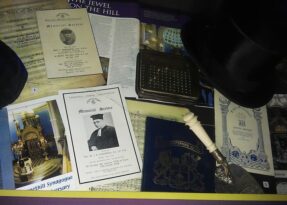 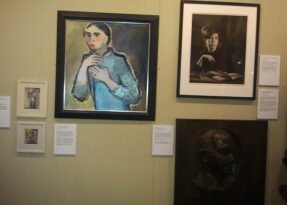 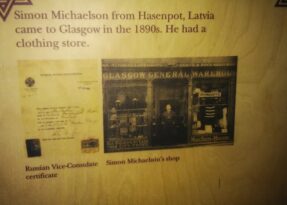